The September Market Trends Report from Ritchie Bros. shows an overall decline in the total number of boom and scissor lifts sold via auction in the U.S. compared to 2020 levels, however pricing for the equipment is up significantly. 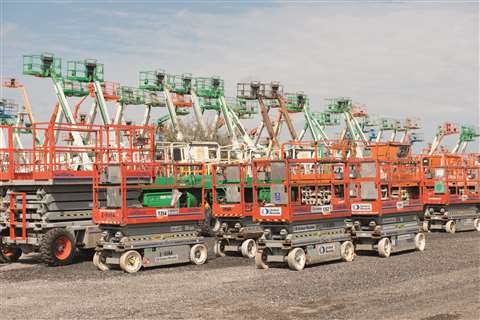 In its report, Ritchie Bros. said high-usage and rental rates as well as OEM production delays contributed to the sharp decline in the total number of boom and scissor lifts sold, but “unprecedented demand” from the market has attributed to aerial equipment prices rising by 29%.

Over the past three months, Ritchie Bros. noted that scissor lift prices inflated 15%, while boom lifts and telescopic forklifts were both up 16%.

Despite these decreases, Ritchie Bros. said market demand for scissors in August was more than double over the same month last year, and for boom lifts, demand outpaced the prior year’s.

“We have seen sharp volume declines and strong demand for aerial equipment in 2021,” said Doug Olive, SVP of pricing for Ritchie Bros. “Buyers are paying a premium right now for aerial work platforms due to supply constraints, record-high rental rates and the amount of work available.”