The industrial division of Linamar has seen considerable growth in the second quarter of its financial year.

Until the recent acquisition of the MacDon group, a Canada-based agriculture harvesting equipment manufacturer and service provider, Skyjack made up the significant majority of Linamar’s industrial division. 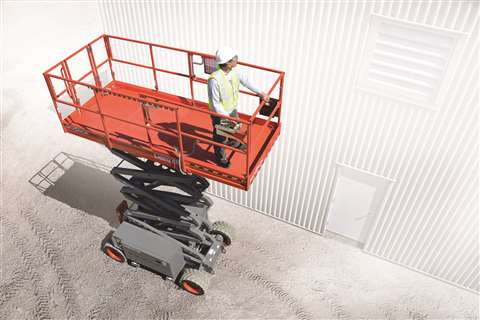 Thanks to the acquisition the Industrial segment’s sales increased 80.2%, or $289.5 million, to $650.6 million in the second quarter, compared to the same period in 2017. Nevertheless, there was strong growth from Skyjack with increased sales of booms and telehandlers in North America and market share gains for booms on the continent as well as in Europe, said the company, plus market share gains for scissors in Europe specifically. This was partially offset by unfavourable changes in foreign exchange rates compared the second quarter 2017.

While the exact figures for Skyjack cannot be broken down, the company reported in Access International’s AccessM20 listing of the world’s biggest access equipment manufacturers, published in July, that it had reached its 2017 goal of 1 billion Canadian dollars sales revenue and was well on its way to meeting its next target of 1 billion US dollars.

“We are thrilled to announce another quarter of record sales and earnings, both growing at a strong double digit level,” said Linamar CEO Linda Hasenfratz. “Our diversification strategy is paying off in spades with our Industrial segment now rivalling Transportation in terms of earnings thanks to robust performance at both MacDon and Skyjack. Launches are doing a fantastic job of growing CPV and sales, both key to long term growth and quoting activity remains at a very high level. Our future has never looked brighter despite political uncertainty.”

The Industrial segment’s operating earnings increased $79.4 million, or 146.8%, in comparison to the second quarter 2017.