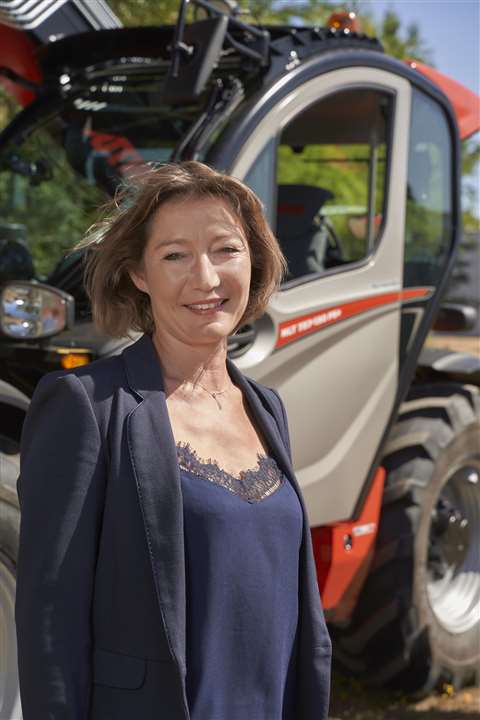 Elisabeth Ausimour has been announced as president of the Material Handling & Access (MHA) division of Manitou Group and also becomes a member of the group’s executive committee. She takes over the position from former president of the MHA division, Fernand Mira.

Ausimour was appointed to the positioin in January and her primary role is to guide the development of the division and strengthen its profitability, with a major focus on energy transition and technology.

She began her career in shipbuilding at Chantiers de l’Atlantique, where she held multiple positions in purchasing for five years. She joined Manitou in 2005 and assumed responsibility for hydraulic purchasing. In 2009 Ausimour took over customer quality and from 2011 to 2016, directed the Candé platform plant in Maine-et-Loire.

With her team, she reorganised and strengthened the aerial platforms business, making it a growth driver for the group. In 2016, she assumed responsibility for one of the group’s transformation programmes in connection with the implementation of an ERP.

“After 14 years at Manitou Group, I am delighted to take over from Fernand Mira, to whom the company owes a lot today,” said Ausimour, “It is very exciting to work in a company where I have had the opportunity to evolve through various positions and responsibilities and now to join the executive committee.

“With the talents of the MHA division, we are going to launch major transformation projects to achieve our ambitions of growth. Our role is to put innovation and industrial performance at the service of value creation for our customers.”