The company had announced previously that it would not have a standalone booth at Bauma, and today confirmed that it will appear with Hinowa with two new models. 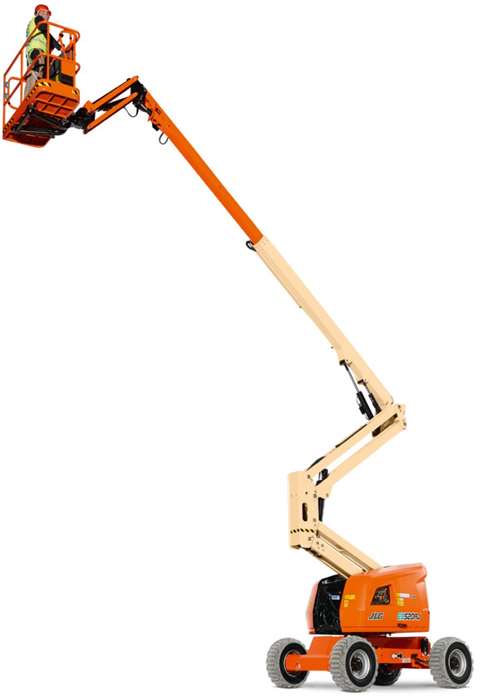 The partnership between the two companies was formed in 2010, when JLG Industries agreed to sell four of Hinowa’s spider lifts exclusively in the US and other markets outside the EU. Over the years the supply agreement evolved to a broader partnership and extended the JLG’s spider offering to six models and a manufacturing agreement under which Italy-based Hinowa produces JLG’s electric boom lift series, the EC Series.

Updates to the two new 15.72m and 18m working height EC Boom Series Mark II models include an advanced battery technology, with an improved battery capacity of 10kW, with the option to upgrade the pack to 20kW for prolonged duty cycles and autonomy.

JLG also made improvements around cold weather performance and introduced 4x4 wheel drive option to increase terrain capability, a feature that had been requested by customers.

Karel Huijser, general manager for JLG in EMEAI, commented, “We are incredibly proud of our long-lasting partnership with Hinowa. The launch of the EC Series Gen 2 at bauma marks a successful collaboration between our two companies that is based on sharing the same values and an equal passion about product design and development. Whilst not being present at bauma, we are proud to unveil the EC Series at the Hinowa stand.”

Davide Fracca, president of Hinowa, added, “Our partnership is based on trust, and we are both committed to designing, building and supporting class-leading product. We’re so pleased to celebrate not only our 35-year anniversary this year, but also this meaningful 12.5 year partnership with JLG. We look forward to many more years of success together.”