The International Powered Access Federation (IPAF) has experienced another year of global growth, seeing membership rise by 6.6% year-on-year, a 7.8% increase in turnover and global training delivery up by around 4%.

The figures – detailed in IPAF’s Annual Report 2017, published on 8 March in eight languages including for the first time in Chinese – show membership increased from 1,240 at the end of 2016 to 1,322 last year, extending IPAF’s footprint into 66 territories worldwide, including five new countries: Algeria, Bahrain, Iran, Iraq and Latvia. 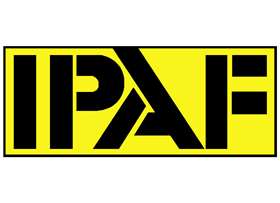 Training demand in Latin America was 21.8% higher, reversing a downward trend seen in previous years, while the UK saw an increase of 5% in the year. During November 2017, IPAF issued the 1.5-millionth PAL Card operator license since the initiative began – at year-end there were almost 725,000 valid PAL Cards in circulation worldwide.

IPAF invested in new staff, better technology and training systems and participated in events in more countries than ever before, including three in mainland China – hosting the IPAF Asia Conference & Showcase in Changsha, attending BICES in Beijing and supporting the inaugural APEX Asia event in Shanghai.

Speaking at IPAF’s AGM in Miami, Florida, USA, Tim Whiteman, CEO & Managing Director of IPAF, said: “IPAF’s mission has always been safety and the preservation of life. Falls from height are the number one workplace killer. There is a safe way to carry out temporary work at height: Properly trained and supervised operators using the correct powered access equipment for the job.

“Around the world, IPAF is helping companies become compliant with new regulations and developing innovative ways to deliver training – through New Generation eLearning and exploring the possibilities offered by virtual reality and platform simulators, for instance.”

Nick Selley, IPAF’s President, commented: “A year on from the objectives I set out at my inauguration, I’m pleased to note positive progress in respect of further initiatives to reduce accidents, promoting apprenticeships, developing closer collaboration with other industry groups, and encouraging more use of digital technology.

“IPAF invested heavily in 2017, strengthening its infrastructure through staff appointments, investment in new IT and communications systems and the ongoing ELEVATE quality improvement initiative, which will further help position IPAF for further growth in the future.”