In business for nearly 123 years, Star Rentals’ history and experience has helped it weather many a storm. Lindsey Anderson recently sat down with President Bob Kendall to discuss the market, challenges and what’s to come.

“It certainly is not business as usual in all regards.”

Kendall, who has been involved in the rental industry for more than four decades, and I are discussing manufacturer backlogs and related equipment delivery lead time delays and when he states the above.

Despite Kendall’s timely and accurate remark, in the grand scheme of things, business for Star Rentals is quite usual. And in fact, over the last two years, some might argue it’s been better than usual.

Rental industry tailwinds
“Our business has remained quite strong, and we’ve been highly utilized,” Kendall says.

The majority of Star Rentals’ fleet – 75 percent – consists of booms, scissors and telehandlers. In October, the company was resting at an 80 percent utilization rate, Kendall said, and while that looks good on paper, it brings with it a challenge: the market’s need for more equipment.

“Virtually everything that comes in, goes out,” Kendall says of equipment. “And that’s on the heels of having a modest increase in our fleet size.”

Like most companies back in 2021, Star Rentals faced uphill battles when it came to purchasing and receiving new equipment.

“You couldn’t get much,” Kendall says. “Or, you didn’t take much because you were maybe uncertain about things.”

But the tide turned this year for the company and Star Rentals began to slowly see order deliveries trickle in. “We had those orders placed in early 2021,” Kendall notes. “In October, November and December of ’21, though, we did not get much equipment in, or what we did get in was equipment that we should have received back in the spring of 2021.

“So, we got into January and still weren’t seeing much and we were a little concerned, but then in February, things began to accelerate.”

That acceleration has continued throughout the year, Kendall says, having just simmered down recently. Even with new fleet being added, though, Kendall says there “certainly are pieces of equipment that have not been delivered and probably won’t get here for another month or two.”

“But to counter that, we’ve also received equipment that we were told we wouldn’t get until 2023 – all of a sudden, it starts showing up. We would call our key suppliers and say, ‘Hey, this stuff showed up. You said it wasn’t coming until 2023.’ and they would say, ‘Oh, yeah, well we got stuff in and were able to produce it so we sent it to you.’”

Equipment shipping problems
The manufacturers Kendall speaks with on a regular basis tell him certain areas of production have vastly improved, while others “not so much.” 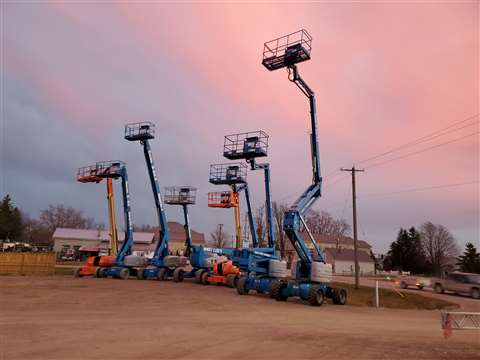 All things considered, Kendall says his suppliers are being as responsible as possible when it comes to meeting their obligations.

“You know, they have a lot of customers themselves and so they are trying to figure out a fair and equitable way to allocate everything,” he says. “We feel comfortable with what they’re doing, and like I said, we pretty much got everything we were hoping for this year and I have no reason to believe that won’t carry over.”

“Everybody’s sure locked-in on having some kind of recession in 2023,” Kendall says. “I’ve been at this for four decades and when looking back at the ‘80s or ‘90s, many times things would start to slow, but maybe we didn’t really notice it or grasp it because we didn’t have all this available data to analyze. I believe we’ve been in recessions many times, but we didn’t realize it.”

Kendall, seeing a potential silver lining, poses a rhetorical question: “Would a slowdown give supply a chance to catch up with demand? And might that be a good thing?”

Electrification and fleet mix
Star Rentals has no major plans to change its fleet’s bread and butter – aerials and telehandlers – in the coming year, Kendall says.

“We are always looking at new products and there are always new models or versions coming along,” he says, “but we’re going to stay where we’re at.”

Kendall’s primary reason? “When business is good, everybody all of a sudden says, ‘Hey, I want to be everything to everybody.’ And then things can sometimes go in the wrong direction.”

That doesn’t mean the company isn’t diversifying its fleet mix, however. In recent years, Star Rentals has added more and more electric products to its lineup, which Kendall says now make up a much higher percentage of the company’s fleet than just five years ago.

“The biggest portion of the scissors business are slabs, and those are all electric,” Kendall notes. “But now manufacturers are getting into the rough terrains and boom lifts.”

Many OEMs have introduced electric 60-foot booms, and Kendall sees 80-footers as the next to “go green.”

“Everybody’s buying more electric,” he says. “And, candidly, electric units require less maintenance from our perspective, but you still have to have a place to plug it in.”

Being on the West Coast, Kendall looks to a neighboring state as an example; Recently, California passed a new policy that would require all new cars, trucks and SUVs to run solely on electricity or hydrogen by 2035. While that’s still a good 12 years away, Kendall looks at the larger picture.

“There is a lot of work to be done on the grid,” he says. “California is still having rolling black and brown outs. There are scheduled times when the power must be turned off for a specific period.”

This poses a problem for contractors who might have electric units in their fleets. Not only do they have to hope there’s a power source on site to charge their machinery, but they also might have to factor in scheduled power shutdowns, as well. 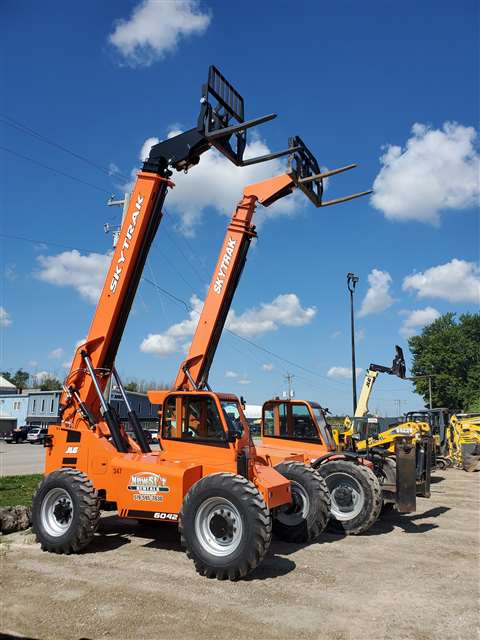 “Most rental companies would probably say the greatest labor shortages spur from the lack of CDL drivers and mechanics,” Kendall says. “We agree with that, it’s a challenge. So, a year ago we took a different approach.”

Instead of simply recruiting one person to fill one spot, Star Rentals pushed for entry-level new hires who they could then train across a number of different positions within the company.

New employees at Star Rentals will get trained on how to operate equipment, conduct light maintenance, overall rental business practices and more.

“This gives them exposure to maintenance, driving, operations and the office,” Kendall says. “And then we can help steer them toward a specific area of interest.”

The program has worked well for the company, Kendall says.

“As opposed to going out and competing with everyone else to find a skilled worker, we’re finding entry-level people who we know have a future with the company and giving them the training and skills to succeed and grow.”

Future visions
From a modest increase in 2021 over 2020, Star Rentals is wrapping up a solid year compared to 2021 and Kendall is forecasting an uptick of a “few percentage points” for 2023. “We’ve been really fortunate here for the past 12 months,” he says.

Despite market reports highlighting inflation, lowered GDP and a potential recession, Kendall remains cautiously optimistic. “Everything feels and looks good,” he says, “But it’s hard to ignore everything in the news.”

Of course, not everything is always rosy. Kendall’s biggest sore spot? He wishes he had more telehandlers to rent out.

That said, with improved rental rates, high utilization and a dedicated workforce, it’s safe to say business for Star Rentals is as usual.