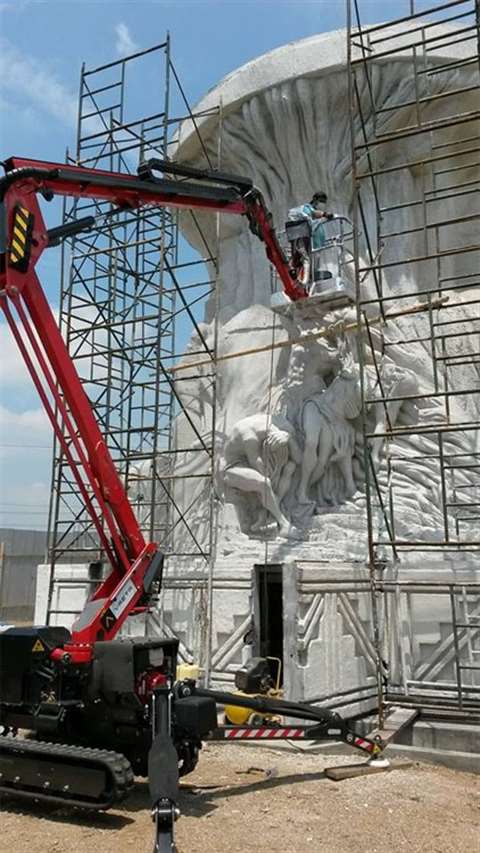 Platform Basket works at the monument to Guayas and Quil.

The Edgar Cevallos monument under construction at the City Hall of Guayaquil, Ecuador, is getting some help from a Platform Basket tracked platform.

Popular legend has it that Guayaquil’s name comes from Guayas (the Puna Indian chief who fought against the Incas and then later against the Spanish), and Quill, the wife of Guayas, whom he is said to have killed before drowning himself, rather than allowing her to be captured.

In 2013 the municipality of Guayaquil commissioned a new monument to Guayas and Quil to replace the original sculpture celebrating the pair.

The sculpture was been designed by artist and sculpture Edgar Cevallos.