EquipmentWatch is a provider of data, software and insights for the heavy equipment industry, and leverages third-party, unbiased data to identify equipment that is projected to best hold its value and/or offer the lowest cost of ownership in the next five years. 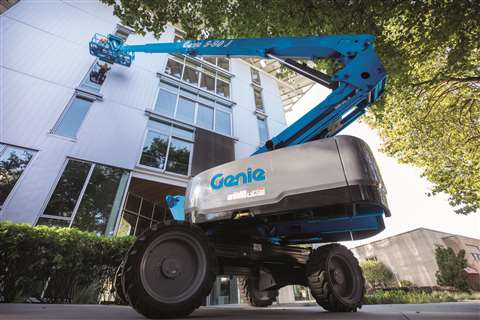 “The Genie team continues its 50+ year focus on delivering quality in everything we do — quality equipment, quality parts and accessories and quality support,” said Simon Meester, Genie COO. “The awards from EquipmentWatch for Genie boom and scissor lifts is a nice confirmation that we don’t just say things because they sound nice, but because that’s what we truly stand for. Our customers are and will always be the center of our universe, and we live by that by producing equipment that is durable, reliable, retains its value over time and provides the best possible cost of ownership.”

Winners in the EquipmentWatch Highest Retained Value category represent the model within its respective equipment type projected to retain the highest percentage of its original value after a five-year period, based on the comprehensive EquipmentWatch market activity database.

Genie won for its: