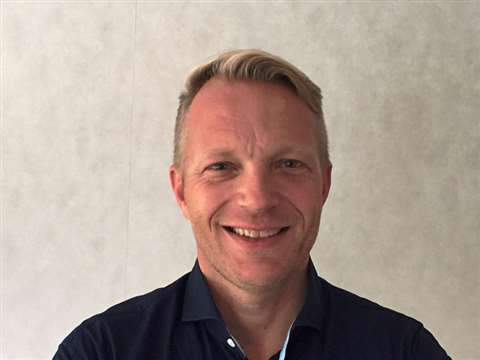 Jacco de Kluijver has been formally appointed VP of sales and marketing for Terex AWP EMEAR, after holding the position of sales director, Terex AWP for UK, Ireland and Benelux for the last six years.

Mr de Kluijver took over the role from Phil Graysmark, initially on an interim basis, after it was announced in late September that Mr Graysmark would leave the company.

Reporting to Joe George, vice president and managing director, Terex AWP EMEAR, and based at the Terex Global European headquarters in Schaffhausen, Switzerland, Mr de Kluijver will focus on accelerating the development of new products and customer service.

His move to the new headquarters will help communication and decision-making between the leadership team and be more responsive to customer needs in the Europe, Middle East, Africa and Russia (EMEAR) market, said Terex AWP.

Joe George added, “Jacco will be a significant contributor to our overall business strategy, responsible for developing and executing both the long and short-term strategies required to achieve the goals of both customers and the business. He will also play a major role in sharing the voice of the customer across the EMEAR region.”

Mr de Kluijver started working for then-Genie Industries’ Dutch importer HDW in 1999. He was later to become the European sales manager for an Italian light tower and generator specialist. He joined Genie in 2007, where he has held the position of sales director for the UK, Ireland and Benelux since 2009.