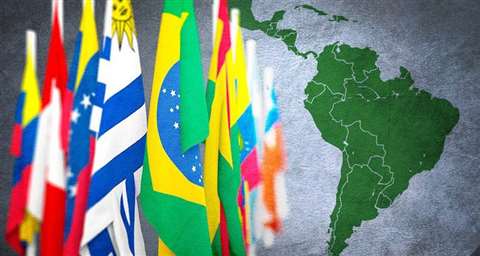 Latin America sees effects of coronavirus on manufacturing and construction

The effects of the coronavirus pandemic are causing major equipment manufacturers in Brazil to suspend operation, while work comes to a halt on thousands of projects in Colombia.

The Latin American construction industry had previously been predicted to strengthen in 2019 and 2020.

The CNH Industrial Group announced it has ceased operation of its factories in Brazil, including the Case and New Holland construction equipment factory in Contagem, Minas Gerais state.

“The company reinforces that it is prepared, together with its network of distributors, to continue giving attention to its customers with spare parts and necessary services in the agricultural, transport and construction areas, guaranteeing the continuity of activities in these essential sectors of society,” affirms the CNH group in a statement.

The company also reported it has taken protection and security measures for all employees in all sectors.

Likewise, JCB reported its decision to temporarily pause production at its plant in Sorocaba, Brazil, according to Revista MT, a media outlet belonging to Sobratema.

According to the British multinational, the measure in Brazil will take effect between 30 March and 22 April (initial forecast).

“This pause in production, maintaining the necessary support for the machine market, is a delicate first response to an unprecedented and difficult situation,” said José Luis Gonçalves, JCB president for Brazil and Latin America. “Our aim is to serve the interests of our employees, as well as our distributors and customers. Our main concerns are the health and safety of all involved and support for our clients who work to keep the Brazilian economy functioning.”

According to Gonçalves, the move is also a reflection of an alignment with the market, which is already beginning to show signs of decline worldwide.

With a network of 13 distributors and more than 60 service points in Brazil, Gonçalves believes JCB will be able to take advantage of this interruption in production to design the next steps, prioritise machines with customer orders, and ensure parts and components are designated to fulfill these orders when production resumes, says MT Magazine.

The only sector that will remain active during the period will be post-sale operation (parts and services).

Some stalwarts remain in operation, including German concrete additive manufacturer MC Bauchemie, which disclosed it currently maintains its normal operations in Brazil.

Its two units in the country, one in the state of São Paulo and the other in the state of Pernambuco, continue to produce and provide commercial attention to clients. The company, however, has implemented security measures to contain the advance of the coronavirus at its facilities.

In Colombia, there are more than 1,900 housing projects that have shut down due to the worldwide health crisis, according to Sandra Forero, president of the Colombian Chamber of Construction (Camacol).

“We strongly support the government’s measures because our first priority is to preserve the health of Colombians and our workers,” she said. “We suspended 1,901 projects that were under construction, and we have approximately 18.9 million square meters detained.”

The impact on employment will also be significant, Forero said. For perspective, in February, construction generated 255,000 new jobs in Colombia, consolidating itself as one of the most important sectors within the national labor market. Likewise, the industry had been generating around 1.7 million indirect jobs.

The National Association of Financial Institutions has already estimated that this year, the Colombian economy will grow only 1.8% and 2%, due to the economic effects of the crisis. One of the sectors expected to see some of the greatest difficulty is construction, which could have growth of only 1.6% in a base scenario and -0.1% in a less optimistic scenario.